Originally manufacturer by Smiths Industries in the 1930’s, Bluecol fast became the anti-freeze of choice for many prestigious car brands, including Jaguar, Land Rover and Bentley to name but a few.


In 2007 Tetrosyl Group Limited completed the purchase of the Bluecol brand, and working along side well established and award winning brands such as T-Cut, Triplewax, Wonder Wheels, CarPlan and Carlube, Bluecol has become the UKs number 1 premium winter car care brand.
From Bluecol’s anti-freezes of the 1930s, the brand has grown from strength to strength, with the introduction of its universal anti-freeze ensuring the dilemma of choosing the right colour for your car was made easy.

2012 saw the introduction of the Bluecol Winter Accessories range, including foldable and extendable snow shovels, snow socks, snow mats, and magnetic frost protectors to name but a few of the new and innovative products to be added to the Bluecol product portfolio to ensure you are never caught out by the Great British Weather.

Bluecol is very proud of it’s British heritage, as are Tetrosyl, and we are very pleased to say that all of Bluecols chemicals are produced right here in Bury, Northern England. 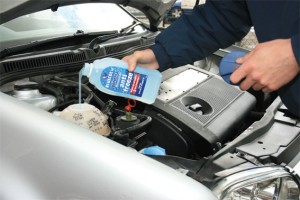