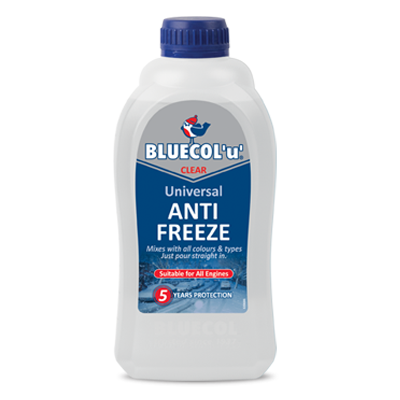 When Bluecol ‘U’ is added to antifreeze already in the cooling system, the synthetic process and additive package in Bluecol ‘U’ enhances and revitalizes the qualities of the original antifreeze, providing exceptional all year round protection and performance in all driving conditions.

Bluecol ‘U’ Antifreeze offers superior corrosion resistance over extended service periods, which can also be left in the system as a coolant and inhibitor against rust up to a maximum 5 years.

Bluecol ‘U’ conforms to BS6580 (2010) and contains a bittering agent to prevent accidental swallowing and consequential harmful effects to humans and animals.